Everything you need to know about trademark infringement 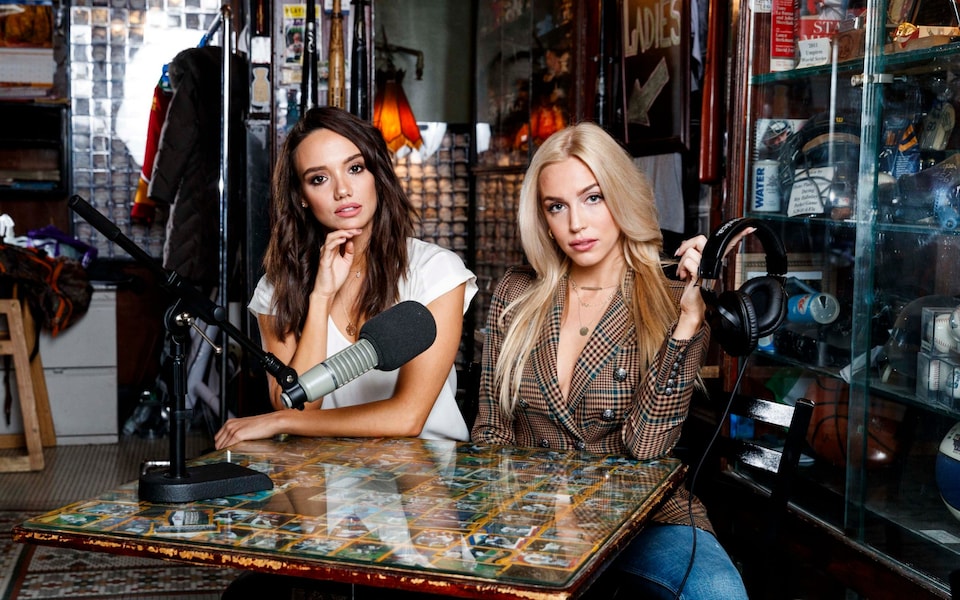 Sofia Franklyn (L) and Alexandra Cooper (R) hosts of the popular podcast ‘Call Her Daddy’ which is now embroiled in a battle over numerous issues, amongst them Trademarks and other IP owned by Barstool Sports l CREDIT: DBNYC/MEGA

I have had a couple inquiries recently from small businesses in San Diego and Orange County. These inquiries were related to creating products which may or may not rely on the intellectual property (IP) of bigger brands and companies.

In both cases, these new startup companies were pondering or currently making accessories to an existing product.

By way of example think of a third party making cases for an iPhone without Apple’s approval or license. Or making accessories for a Barbie doll without getting Mattel’s approval.

(FYI: since this is an informational article and not one intended to sell phones or dolls, I can mention the specific companies, Apple and Mattel as well as the products under fair use).

To be clear, both the above examples would likely be infringing on the IP of those companies, especially if they used the terms iPhone or Barbie in their advertising or promotions, or images of those products.

However, is it infringement to make accessory kits for generic dolls, which would happen to fit a Barbie or other dolls?

How about if the name or likeness of Barbie was never actually used to promote the accessory kit?

To get a better grasp of these questions lets first look at what a trademark (TM) actually protect.

A TM protects a product or service offered by a company from another’s unauthorized use (infringement) or damage of reputation by another company.

If you have a TM, you have legal recourse to sue another person or business that uses your products likeness, symbol, logo, name, amongst other things, to make profit for or promote their own business.

A TM is a word, phrase, symbol, design, or combination of these that helps the general public identify a particular product. A service mark follows the same guidelines, but relates to a service instead of goods.

Both TM’s and service marks are protected once used, but are unregistered until the owner files with the United States Patent and Trademark Office (USPTO).

So, by way of our previous example, if I were to make a phone case, which prominently displayed the Apple logo, stated it was an authorized Apple accessory (if it was not), made use of Apple’s Trademark(s),  and/or used explicit images of an iPhone in order to profit; then this likely would cause confusion as to whether Apple created or otherwise authorized my phone case.

On the other hand, Apple does not have a TM on the broader generic categories of a cell phone, smart phone, etc. (although they may have patents for the phone’s design and physical specifications). So one would be free to make a cell phone cover, at least in theory.

Let’s look at another example, the fashion industry. Yoga pants are universally popular activewear for women. I know this based on not only seeing them everywhere around the gym and around town, but also based on my girlfriends voluminous collection of Lululemon.

Now, with Lulu as an example, they can TM their name and the little silver circle omega logo, and perhaps patent their proprietary materials or technology used in their pants. However they cannot stop other companies from producing incredibly similar pants, down to the color, material, sizing, etc. (again, subject to any patents).

Similarly, Ralph Lauren can prevent others from using their horse logo, but not from making polo shirts.

How Can Infringement be Stopped?

If you believe your TM is being knowingly infringed upon, you may bring suit in State or Federal Court (depending on the circumstances and facts involved) for TM Infringement, TM Dilution, and/or Unfair Competition.

The remedies could include an injunction against the infringer, which would stop them from using your mark, as well as potential for monetary damages, attorneys fees and costs, in some cases.

However, the reality is that economics usually dictate action in business. Bringing a suit is expensive, even just to do an initial filling.

Except in the most egregious cases or in cases where a company faces imminent damage from the infringement, it is rare that a TM holder will immediately file suit.

More often than not, the TM holder will have their legal counsel send the infringer a cease and desist letter.

This letter will in essence establish and alert the infringer as to the TM holder’s rights and the alleged infringement. It will usually ask or demand that the infringer immediately stop the infringing activity at a minimum.

It is then up to the infringer and their counsel or attorney to assess the validity of the TM holders claims and either comply or respond with defenses. Should both sides disagree or fail to come to a resolution, it is at this point that the TM holder would bring suit.

Depending on your situation Dennaoui Law can help.

First and foremost, if you have a brand, logo, design, or other original mark that is not protected, you should look into registering your TM immediately. Registering provides greater protections for your TM and can be accomplished relatively pain free.

However, the filing is tricky and is best to be done by legal counsel. Although you can, and some do DIY their TM’s, one mistake can cause your filing to be delayed by months, subject to extra filing fees, and potentially even rejected.

I have had to help correct mistakes created by many clients who attempted to DIY their TM or used an online service. The lost time and money to these clients spent on fixing these initial fillings was substantial.

It likely ended up costing them hundreds if not thousands more, than if they had just gone to a qualified business or IP attorney to start.

If you are creating a product and are concerned that it may infringe on another’s IP, it would be best to schedule a consultation with an attorney to discuss your situation.

I would never suggest infringing on another’s IP. However, if you think you may be playing in a grey area, there may be ways to continue with your business and not infringe.

Contact me for an opinion on how or if you can protect yourself, as well as the likely legal ramifications. If you have a product or IP that needs protecting, I can help you obtain a Trademark as well.

Dennaoui Law is able to help you prepare any and all of these documents at a moments notice. We are agile and tech friendly meaning these documents ca be provided with a quick turnaround, 100% electronically.

Feel free to call Dennaoui Law Firm with any questions or contact us via email: info@dennlaw.co.

Get fresh information sent to you once a week (we promise).